I was too busy yesterday to post but I baked up a large batch from around 7.5 lbs of dough. I made up some Pane Piccante, meaning Sharp Bread(this recipe is part of the Special Recipes collection). If the meaning is wrong I am sure someone out there will correct me. 🙂 I was after a one night sourdough that was a good sharp sour. Well this recipe did it! I used San Francisco # 4 again and did almost the regular timing of late afternoon mixing, bulk ferment and shaping the first day and baking the second day. A combination of a good tasting starter and ingredients that promote a sour, turned out some really terrific sour bread.

Here are some pics:

The first loaf was slightly underproofed and had a whitish cast to the crust: 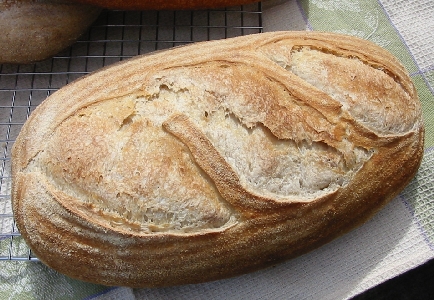 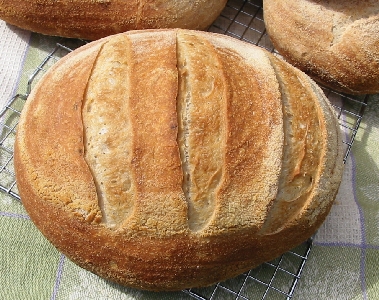 This next loaf was last to go in and I forgot to spray the loaf after the first time, so the crust dried out before it should have 🙁 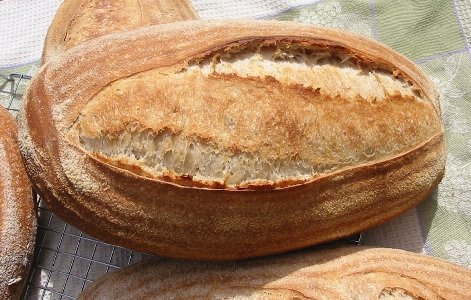 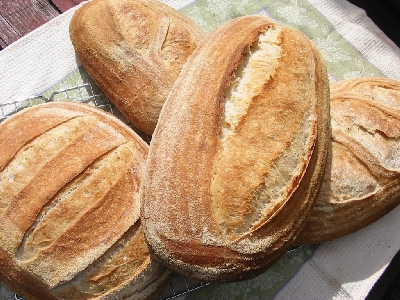 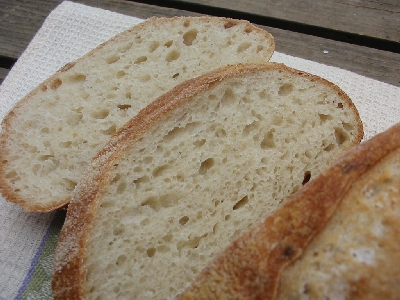 I baked up four loaves and I noticed that the first loaf came out with a whitish cast to the crust. I have noticed before that if a loaf is underproofed, it can have the porcelain or whitish look to the crust. I know also that a dough too long fermented can have the same look. It would be nice to get some feedback about this phenomena from some of you professional bakers. It is understandable for a too long fermented dough to use up the sugars available in the dough and have the whitish cast, but why would the underproofed (sometimes if even slightly) loaf  also suffer from this fate? As you can see the loaves which followed, had a beautifully colored crust. Interesting.